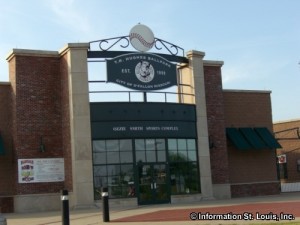 The River City Rascals, an independent professional league baseball team, play in O'Fallon, Missouri as a member of the Frontier League. In June 1999, the River City Rascals began to play in a brand new ballpark, that has a nostalgic air of days gone by, the T. R. Hughes Ballpark. Located in the Ozzie Smith Sports Complex in St. Charles County, it is about 35 miles west of downtown St. Louis. The stadium has 3,491 permanent seats and a grass berm capable of seating 1,700 more fans, a picnic area, a corporate tent suite area and an open air party box. The Rascals offer fun that harkens back to the old days of baseball, with lots of special events and activities that are included with each game. Ticket packages, with several options of the number of games included, as well as single game tickets, are available. Fun promotions or giveaways usually happen on any given night.